40think tanks and NGOs
100Official delegations
50countries and organizations represented
For the past eight years, the Dakar Global Forum (formerly known as the Dakar Peace and Security Forum) has established itself as an unmissable event for decision makers with interests in Africa.

Each year, it brings together numerous African heads of state and heads of government, international partners, and a multitude of peace and security actors (more than a hundred ministers and high representatives from over forty countries and organizations have so far participated).

Launched during the Élysée Summit organized by the French government in 2013, the first edition of the Forum was held in Dakar in December 2014 under the patronage of Senegalese president Macky Sall. 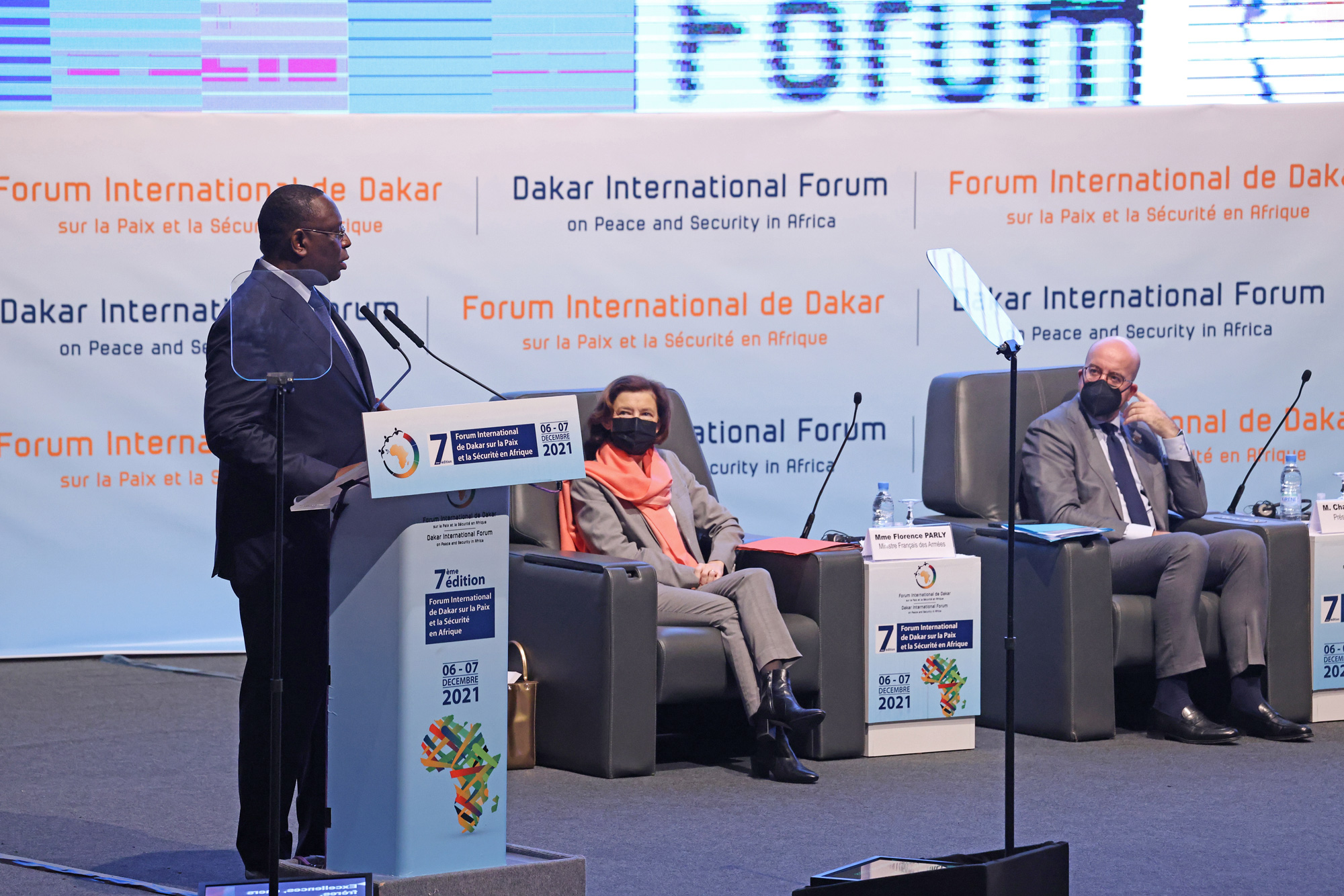